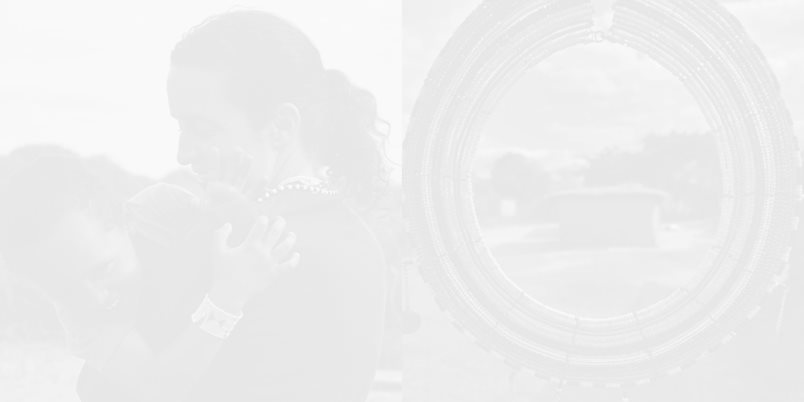 "I earn two pairs of socks. I never wear socks. I don't own a single fancy pair of shoes. I never wear fancy shoes, apart from the beautiful beaded African sandals I wear. Fancy enough for me. I own 5 dresses, a couple of skirts and several t-shirts which I wear all the time. When I come to the big city and see women put effort into their hair, make up and dress I feel like I don't make enough effort. Something I never feel back home in my Maasai village. And I fight the fight of feeling like I am not enough because I refuse to go back to being someone I am not. And this is what it comes down to my fellow ladies: Don't ever let anything or anyone make you feel like you should be different or 'better' than who you are. If you know what makes you you and if you think that's enough, then let it stay this way. No matter what. Stay strong and stay true to yourselves. Because no one is like you”.

Those are the words of Stephanie Fuchs who arrived in Tanzania on March 4, 2010… 10 years later she’s still there. You can see that browsing through the multiple posts of her IG account @masai_story, developed by her and powered by her aim to show the world the beauty of the everyday life of the indigenous Maasai tribe. Stephanie is certain that now she’s a better person than the young girl who came to her Maasai husband's village. She loves his native Tanzania and everything that this remote part of the world reflects, being one of the last pristine corners of planet Earth. A land of lions roaming freely in the valleys and ancient’s tribes living by the rules of centuries-old culture. Years after her first meeting with the Maasai people, Stephanie is still in love with their ingenuine kindness, strength, and generosity. For her, the small Tanzanian village where she lives is the perfect setting for the life she always aimed for – with no constraints and western world stereotypes, filled with love, joy, and happiness.

How long have you been living in the Maasai community? What were the most challenging parts of their daily life for you at first?

I have been living with my Maasai husband’s family for 10 years now.

It was of course not easy adapting to their way of life. But it was not for example the lack of access to running water, or the lack of electricity that was difficult for me. It was finding a balance in my relationship with my husband. To cover my needs and to still respect the boundaries his culture put upon us as a couple.

It was also a challenge learning their language, Maa and finding friends there as you would have to do in any new place you move to. So often at first I was lonely, sometimes sad, but I loved the way of life, my husband and his  family  so I adapted as best as I could to be able to stay.

You often say that the Maasai people live a more authentic life than most Europeans even if they lack some basic achievements of the modern world… What makes in general their world worthy to explore and fall in love with?

From my personal experience I can say that I became a better person living with the Maasai and learning their ways. They live close to nature and respect and understand her. They know that everything is connected. They take only what they need. They are connected to the world around them and to themselves. They are grounded and centred in themselves because they don’t live in a materialistic world like we do that distracts us from what is really important.

They know how to sit still. They are kind and generous not only to people they know but also to strangers. Like I was a stranger when I came but they took me in as one of them. They take the time to listen to each other and help each other. They share.

In my opinion, for the most part, they are better people than we are.

Also the environment they live in is beautiful. They live with their animals, cows and goats who they love. It is peaceful, natural, sustainable.

And it makes you reflect on yourself and the way we live in the western world.

Was that the main reason that made you want to raise your kid within the Maasai community?

I found that the Maasai are beautiful people, inside and out. And of course I am generalizing, but I think it is true that in general the Maasai are calm, even-tempered, polite, respectful, warm and welcoming. I see these characteristics in my husband and I see it in his brothers, sisters and most of all in his beautiful mother. I wanted my son to grow up like a Maasai, I want him to have his roots here, because I think it will make him a good person and it will teach him a connectedness and a love of nature. Which we all need more of for the sake of our planet.

Have you ever had any worries about your son’s well-being living in a small Maasai village?

Never. Many people ask me this and some even accuse me of ruining his chances in life, of denying him the modern world. But what does he miss? Roads? Big houses? TV? What does this serve him?

What are the advantages of a childhood spent in such an environment?

Here he grows up with his many many cousins, he runs around free all day, he has a big space where he can play in complete safety. He is free.

He has been on safari twice already in his 6 years. Something hat many dream of but cannot afford! We take holidays on beautiful tropical zanzibar island. We live in a warm sunny country.

He goes to a good school that I pay for together with his cousins, he has access to health care. What more does he need?

What does a typical day of a Maasai mother look like? How do you spend it yourself?

Maasai women work very hard. They often have many children. They go into the forest to collect firewood, they cook, they wash clothes by hand, they go and fetch water. They feed their children three times a day.

I have different duties as I am one of the providers for the family, which usually is the role of the men. I sew our reusable menstruation pads, I work with the ladies for our beading enterprise, like our dream catchers.

I also cook, I wash and do the usual Mama duties that we have with our children all over the world.

Does your husband help you with raising your kid or does the father figure have other responsibilities within the Maasaian society?

Traditionally Maasai men don’t get involved with raising the children until they are maybe 3 or 4 years old. And then they teach them how to look after the animals, nothing more. Mamas do everything.

My husband was also not very much involved until our son was around 18 months old. Then he started to spend more time with him and would take him off me to help me do my other work.

Have you ever had any arguments with friends and family about raising your kid in Tanzania?

Never. My brother and sister are very tolerant of my decision to live with the Maasai and to raise my child here. They understand that we are happy here and they trust that I make the right choices for me and my son.

My friends are the same. Some of my best friends also live in Tanzania and see life similar to how I see it.

What do you think is hard for most people to understand about Maasai culture and lifestyle and why?

Some Maasai customs are difficult for other people to accept. I think in general it is difficult for people to understand anything that they are not accustomed to. In each country of the world or in each culture we have our own norms and definitions of right or wrong, but what we need to understand is that these definitions are localised and only applicable to the country or culture where they were formed. We cannot take our own definitions and apply them to foreign cultures. We should be open to differences. We should never judge something we cannot understand, we should respect it as something that challenges our worldview, we should appreciate it as a lesson as a tool to broaden our horizon and to soften our hearts. There is one earth we live in. But this earth consists of many worlds. We should respect these worlds.

What’s the most valuable lesson you have learned from the Maasaian mothers in terms of raising healthy and happy kid?

You as the mother of your child always know what is best for you and your child. As all Maasai mothers, I never read a book on how to raise my child. I just always followed my heart. Do what feels right. And some things Maasai Mamas always do is a) carry their babies on their back, b) nurse them till they are two years old and c) co sleep in one bed with them. We don’t think about whether we spoil our child or not. We shower them with love. We hold them close when they are little. We forge a great bond.

We encourage them to play with other children of all ages and we trust them to go and explore nature. And when they are a little older we give them tasks to do, ask them to get something for us from the shelve or send them with the baby goats for the afternoon. We show them early that life is respect for your elders and is not only play, while play is important, there is also helping others. 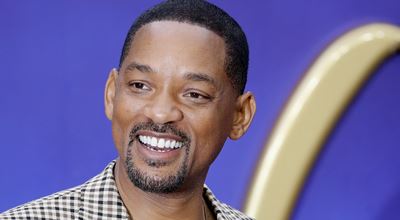 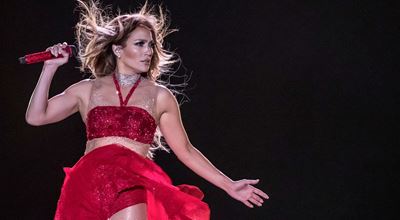 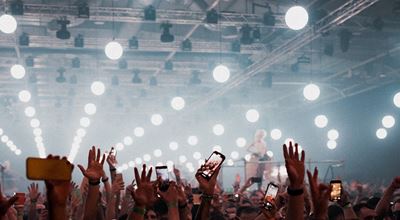 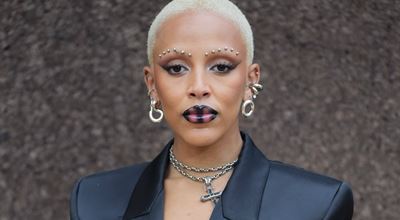 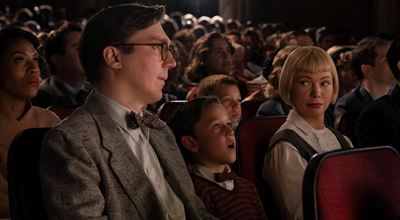 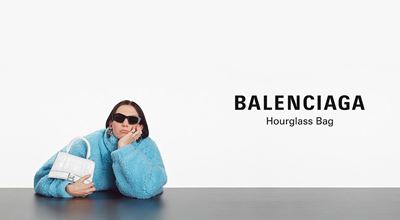 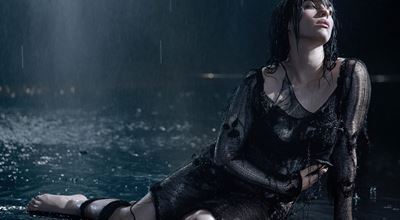 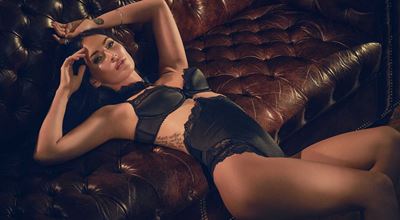 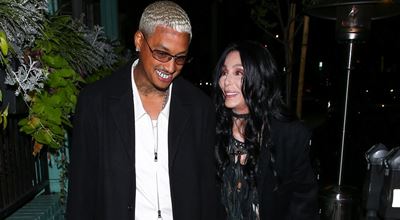